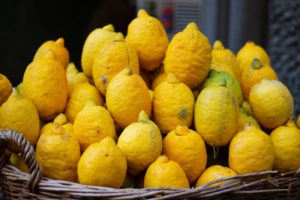 “I was told that I didn’t know what I was doing. They were right. I cried, and those harsh words made me dig deeper to become the writer and businesswoman that I am today. Take lemons and make your own version of lemonade. Make it flavorful.” Paula Perry

EMBELLISHMENT:  The best advice for developing support and elaboration in narrative writing is “Show, don’t tell.” Good writers help their readers imagine the story by describing the action, providing sensory descriptions, and explaining characters’ thoughts and feelings. Poets are especially adept at using precise details to focus on specific, concrete, observable things or experiences. Some ways that writers use “show, don’t tell” can be best explained in examples of the following.

Description of physical states:  Good writers use sensory details to provide their readers with concrete images that help them construct a picture of what is happening in the story. Good writers use sensory details to show readers what things in their story look like, sound like, smell like, taste like, and feel like. Descriptions and comparisons can also help readers construct a picture by comparing the object being described to something they know. Learn to construct images with words by identifying the images in poetry and using guided imagination to construct their own word pictures.

“THINK LIKE A READER AND BECOME THE WRITER” by Paula Perry